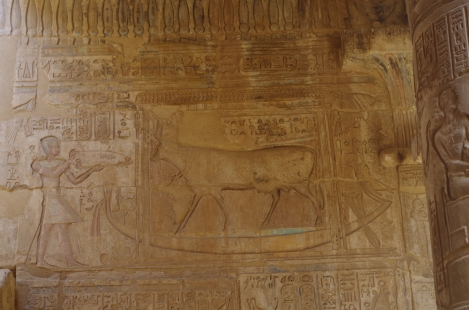 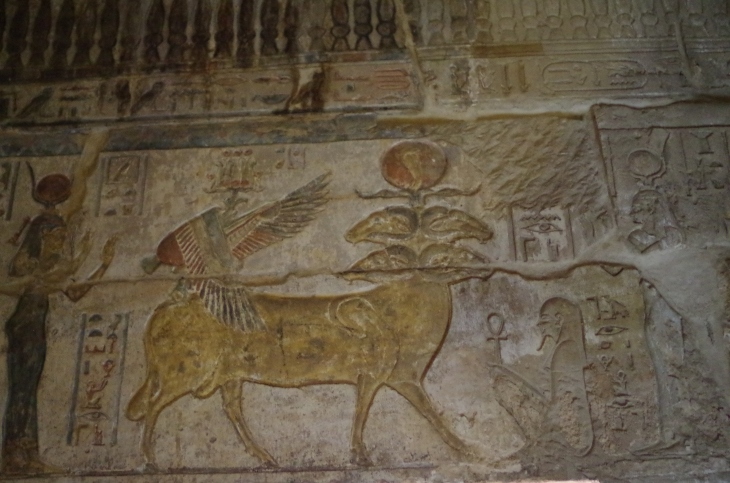 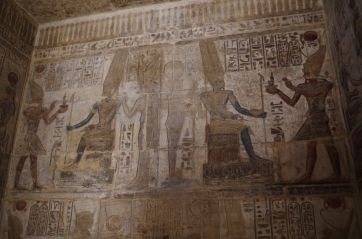 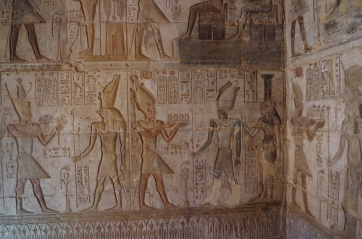 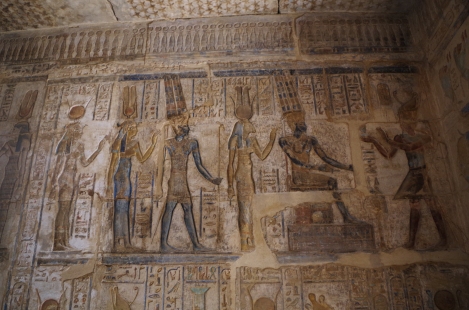 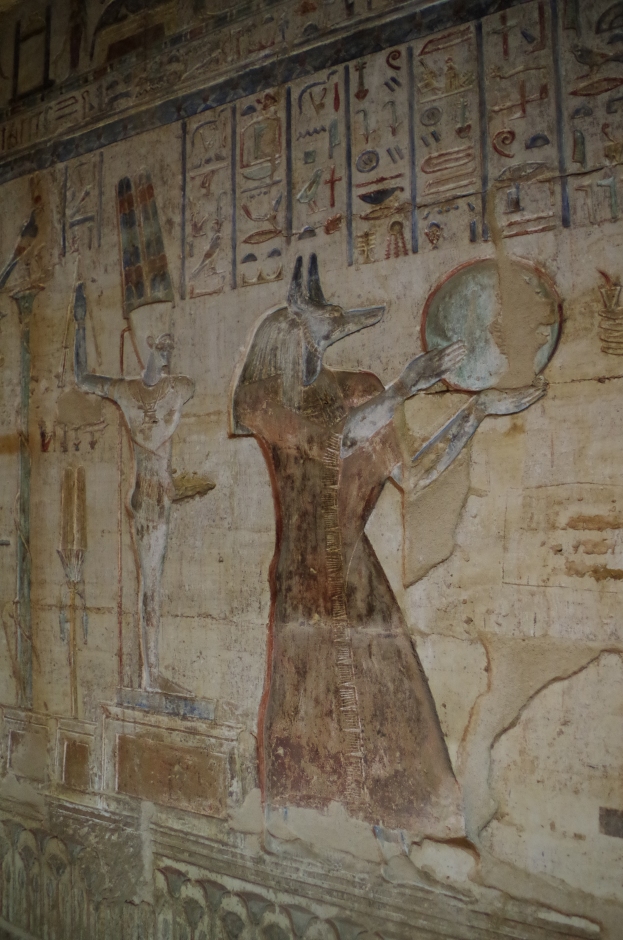 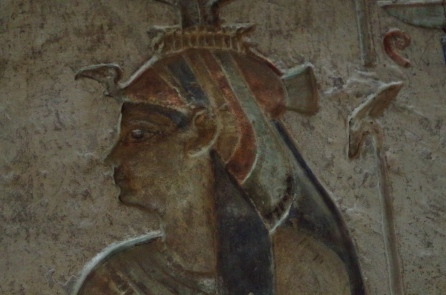 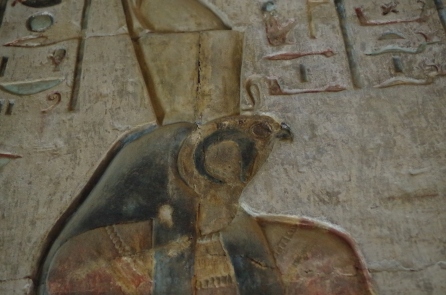 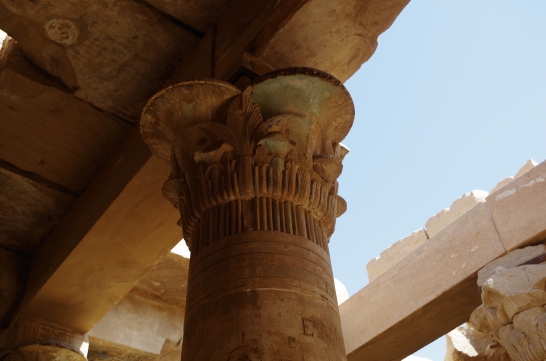 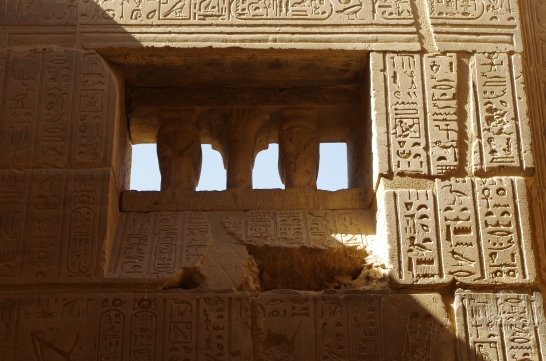 While visiting in October last year (2016), we took a number of photographs inside this temple to Hathor which although begun by Seti I, and includes a staircase built during the reign of Ramesses II, was added to in the third century BC by Ptolemy IV and later pharaohs.

There is a columned hall leading to a vestibule and three sanctuaries dedicated to:
on the East – to Amen-Re-Osiris.  on the West – to Amun Sokar Osiris and centrally – to Hathor.

The temple appears to be in good condition and the reliefs maintain colour and form.